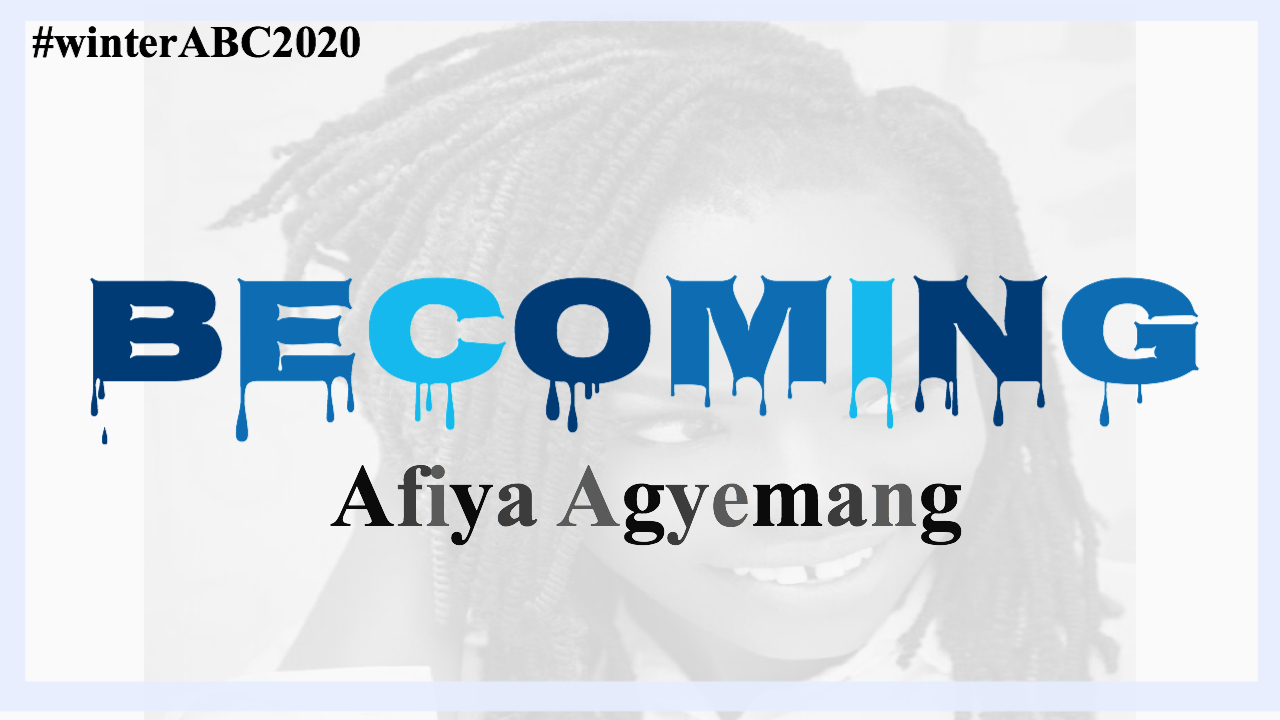 I have typed, deleted, and retyped for the hundredth time now. This is definitely an uncomfortable topic. Simply because I can not talk about what is becoming without telling where it is and where it’s coming from. As much as possible even though I am learning to embrace my story, I try to avoid going down the memory lane.

Well, sit tight and enjoy as I tell you from whence I have come and who I am becoming. It might be a long post, let me warn you.
An introduction won’t be bad right?

I am a girl with 10 names. Adom and Nana are my personal favorites. My government name is Emmanuella Nana Konadu Agyemang. I use Afiya Agyemang for my creative ventures. I should write a blog about my names! I am a Ghanaian by birth, Kenyan by…. (still figuring that out). Currently a nurse and a couple more. I love wandering, call me the purposeful wanderer. I love my future husband ?. I am the third of five kids.

When I went down the memory lane, I stopped at one afternoon in the teacher’s office of my junior high school. My parents had been called to the school to discuss my lateness. There was an award I didn’t know awaited me until my parents got there. In addition to being one of the chronic latecomers, I was given the title of the dirtiest student on campus.

I always say I had a very disturbed childhood but I think everything began to form and make sense (I mean that is where the actual ordeal began) in junior high school. My parents moved me from my primary school when my brother completed. It was a change I didn’t expect and didn’t take lightly. Pentecost Preparatory had become a haven. It was one place I was accepted with teachers loving me for being so intelligent. I got to write scripts for our drama group and was always the narrator. I looked forward to it. I was crushed when my parents broke the news to me. I tried my best to fail the entrance exam into the new school but I still passed. I actually excelled, unfortunately.

I started that school very confused and lost. One of the changes I wasn’t ready for was my uniform. It was an all-white uniform. I was a very active person so by close of the day I would have redesigned the white with different shades of colors. Shortly after my parent’s visit, bullying in school started, no one wanted to be my friend, my sibling there pretended not to know me and I was left all alone.

My sickness became heightened and I gradually moved from being occasionally sick to being sick all the time. Having been rejected for not being beautiful in my home and society was a pill I could swallow but coupling that with rejection from school was not something my young self could  navigate or comprehend. In addition to other life events, men took a rather keen interest in my body even as a young girl. That got me hiding under baggy clothing. It is a miracle I have been able to escape them for this long.

If I were an experiment to prove Psychologist Francis Galton’s theory of nature and nurture, the conclusion would have been a very definite one and the debate would have ended. Nurture would have won. I am now intentionally seeking who I am (nature) but who I became can only be attributed to nurture. According to Erikson’s stages of psychosocial development, we can safely say that I got the crisis of most of the stages, especially stage 3,4 and 5 (read about it here

I became insecure in who I was as a person. I became people-pleasing because I craved acceptance. I became isolated when it finally sank in that people didn’t want me. I fell into depression with suicidal tendencies. (Read my story here)

I became very sickly. I had an identity crisis.
However, in the midst of all the craziness, I became a strong-willed and independent lady. Sinking into isolation made me get in tune with my creative side as a person. I became a girl with many questions. Thankfully, those questions led me to Christ and now I won’t have it any other way.

What is your story? Tell me what you are becoming. Kindly leave a comment.