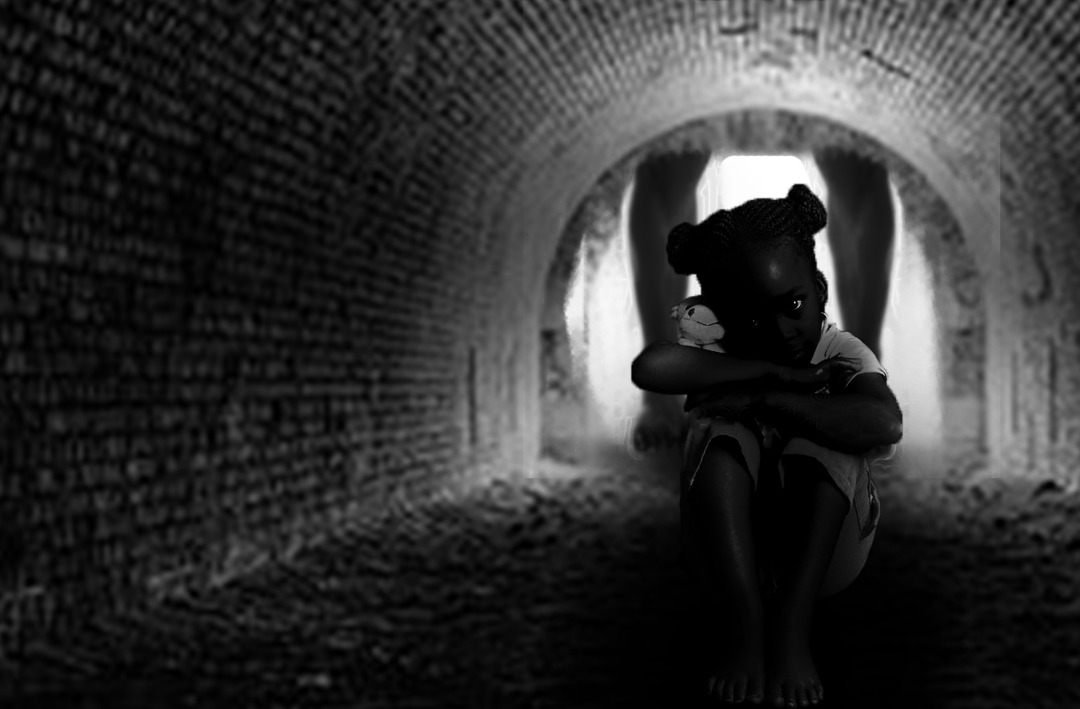 I bet he was bewildered and bedazzled by her innocence.

By her seemingly weak body with legs

trying hard to find affinity to the ground .

Yes, he knew her naive self had lived just long enough to know her name

And that of those who mattered

Yet, like a farmer he sought to harvest the fruits of a tree.

A tree that had nothing but budding flowers.

Was a showcase of his desire for her?

Meant more than just a touch?

She yielded to his every touch.

It was safe,  Or so she thought.

Her melancholic self had found solace in him

Mom and dad were happy too

Their baby girl would finally open up.

Her favorite cousin, he gracefully earned that position

As well as a place in her parents’ heart.

Under the white sheets

he took out a thick mighty club-like pen

That didn’t look like it could write on any sheet

But she was wrong.

It did have the power to write.

It wrote her story anew and changed  her identity.

The abused, the unwanted, the unloved, the shamed.

He shoved it into her mouth before her optical nerves

could signal her occipital lobe to begin processing.

He swore to her, that was love.

“Go out and play y’all”, “yay” they chanted as they ran out

She wanted to play with her siblings too

but she stayed,not that she wanted to

But he wanted her to. She couldn’t have refused.

He removed her panties

and invaded her most secluded opening

With the force of a tsunami he descended on her.

Her young self couldn’t comprehend what was happening

but she begged him to stop.

This demonstration of love was painful.

She didn’t want this kind of love.

He swore her to secrecy.

She gave evidence of her unhappiness.

Mom and dad saw her bruised

and she was bruised

for allowing her little haven  to be bruised.

He promised her hell if she did tell

But she would have told the truth

If only mama could listen and not yell

She would have deffed him and told.

She looked into mama’s eyes

Each day hoping that her eyes

Could tell mama everything

she could not vocalize

but mama was too blinded to see.

Her universe became a round hole

and she, a square peg.

By the very people who were supposed to love her.

they would excuse her childish foolishness

if she didn’t speak of it again.

She needed their love, but it muted her.

She is a strong,independent, but bitter,

One who has a six year old child living in her

screaming to be heard and set free.

Screaming to be let loose to live.

So sleep would excuse her without light.

And though her partner couldn’t comprehend, she couldn’t tell,

He would leave, just like mom and dad swore they would.

She lives everyday trying to figure out

what she did wrong

for that to happen to her.

It must have been her fault,

And if her sins could attract such punishment

Then she did not deserve to live.

There is a God who sees beyond what we see

A God who takes what’s broken and mends it beautifully

A God that heals every hurt and gives peace

A God who exchanges beauty for ashes.

That is the God who is looking down on her today with the eyes of grace.

When she does, please welcome her with open arms

and give here a place to stay.

‘Cos that’s what God wants for her

A human hand to use

to wipe her tears  and fears away.