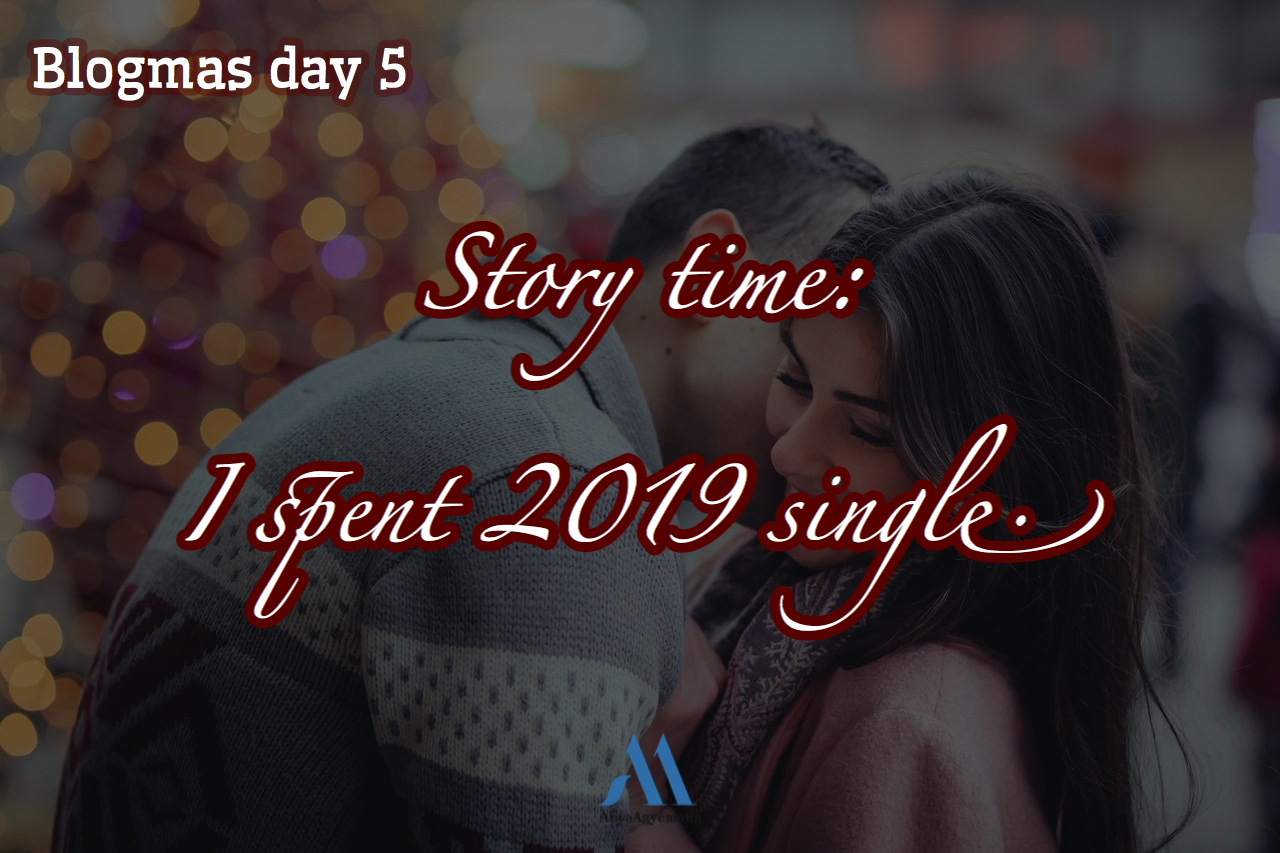 Read that right there in some thug voice because that is my mood right now.
I was trying to come up with a blogmas topic for today but thinking about today’s topic got me excited. I decided to ditch the rest for later and share this today.

You read right, I spent 2019 single.
It’s not as if I have ever been double (oh minus the few months I said yes to opana) but 2019 was a special edition of single. I am satisfied with the season I am in and because I love it, I talk about it.

My beautiful friend Nesta (he has been amazing this year) teasingly said I needed a man in my life and added that I should not be afraid to date because I have to date before I can marry and dating would also allow me to learn stuff that would equip me for marriage. He then said dating more than one at a time would not be bad provided I did “nothing” with them. This girl resolved to date 4 guys simultaneously in 2019? (Don’t blame me. Jamie Grace said I should “do life big”.)

Oh, this girl became more welcoming than usual. She started returning calls and was generally cordial. I was open to the idea of dating but still was holding on to the ideal relationship (when you see my future husband, you will know what my ideal is). Then some time in May, I decided to loosen up. About the time I made that resolve, the guy on the bill was one fine “bobo” like that. Pink lips, “super duperly” intelligent and outrageously romantic. He cooked for me the first time I went to visit him (don’t let your mind travel too far?) and I love men who cook. You’re welcome to my home if only you are gonna cook. He had been fairly persistent – persistent enough to pursue me for 2 years. He was doing everything he could. At this point I didn’t even mind that he was not a devoted Christian, and he was willing to follow me to church. My life was gonna be the light for his path, I thought. Baby steps, he was gonna get there. The only reason we had not started dating was that he wasn’t ready for a non-sexual relationship. I needed him be faithful to the agreement, and he said he was willing to try.

On that fateful Saturday, I missed his calls because I was cleaning up with the girls. When I got to my phone it was ringing again. I quickly picked it.

I freshened up, pulled an effortless but classy look and rushed downstairs. He had brought food, and requested that we sit in the car and talk. We talked about everything and he was like (with the saddest tone and saddest face ever), “If you insist on no sex, I am gonna wait”.

I didn’t like him too much but I was gonna date him anyway because agenda “4 boys” was in motion. I just had to make sure they were correct guys. I decided to row with him to see how it goes, and he went home promising to come pick me to church the following day. I rushed upstairs with excitement and broke the news to Cindy. Told Blessed about he coming to pick us up the following morning.

7:50am, his line was not going through. I had dressed up already. I remembered he usually put off phone when he went to bed.

“Girls, I am going to T’s place. Please get ready and wait. We will come pick you up,” I told my girls.

I lived in Estate Community 6 and he was in 8. I got to his apartment in a flash and started knocked at his door. Stood there for a good amount of minutes and just when I was about to give up, the door flung opened. T stood across the doorway seemingly bewildered by my presence. Before I could make meaning of why he was in a boxer shorts and panting, a half naked woman just walked up, tiptoed to peep over his shoulder at me before making her way to the kitchen. When he recovered from the shock, he invited me in and questioned my presence in his house at that hour.

“Well, I have a guest now”, he said, and he did some sloppy introduction. I knew the lady wasn’t his sister. I refused to think further. I went home embarrassed, feeling bad that “the man” let me down, angry and thankful at the same time that the promising relationship did not go any further. I could not believe he was the same person who was crying all over me in the car just the previous night.

Ladies and gentlemen, this is how operation “4 Boys” ended and operation “Wait on the Lord” got reinstated.

My need for companionship was intense this year but God helped me satisfy it in various ways. From my Heart to Heart community to my church’s young adult groups, especially team Alpha, and even my big sister among others. I fell in love with one man I was absolutely thrilled about because I got reassured that my heart and hormones were still working and I had tonnes of crushes on different people. In all, as at 5th of December, I am gratefully single, enjoying my season and waiting on God.

What season are you in right now – relationship wise? Are you enjoying it or dreading it?

What are your thoughts on dating more than one person at the same time?

Till next time,
Afiya.