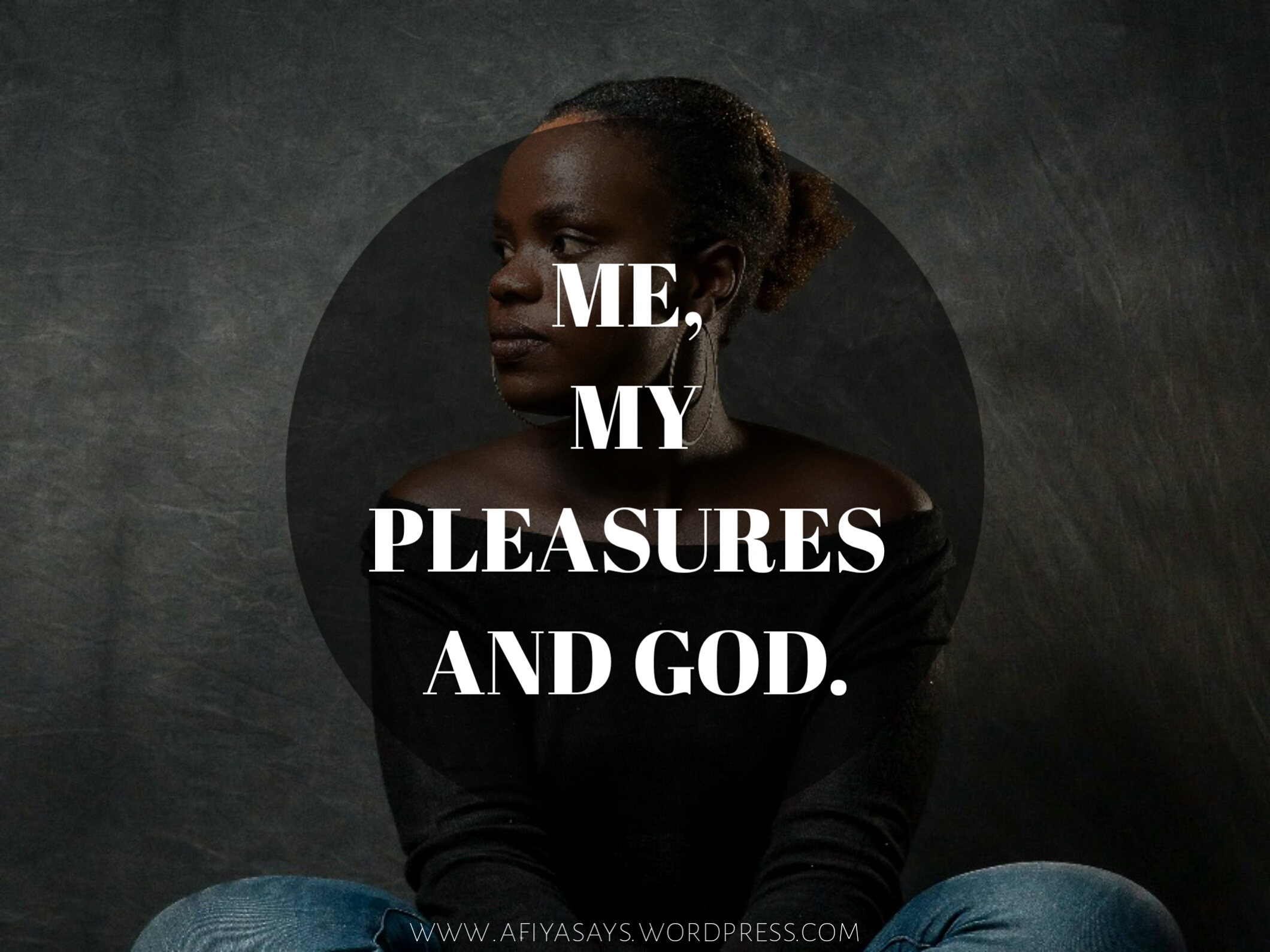 That evening we had returned from midweek service and set the party we had planned in motion. We prayed, sang and played music. The normal Afiya would have asked for a change of song when a secular music started playing but I was in the mood. I stepped aside, prayed for forgiveness for what I was about to do and stepped onto the dance floor. I challenged some of the girls to waist dancing and I danced my heart out. I felt all levels of guilt after I did that. Worse off was when the birthday girl refused to dance until the song was changed to a gospel track.

We all have them, as little or insignificant as they may be, we still have them. Guilty pleasure(idiomatic) – Something that brings pleasure but is considered taboo, unadvisable or lowbrow. In our case as Christians, something that does not please the Lord.

For the longest time, I have questioned what is  right or wrong in our walk with Christ and sometimes even the word of God leaves me confused. I love to dance, most of you know that. What you don’t know is my favourite dance, the kind that gives me pleasure is waist dancing. As a Christian however, I feel very guilty whenever I dance this kind of dance,especially outside the confines of the church. Dancing is supposed to be normal right?

A friend confided in me about something he wished he could stop but just could not bring himself to stop although he knew it was bad. I was trying to talk him out of it and he made a statement that got me very offended at the instance but as it sunk in gave me a lot of insight. He said, ” If you have grace to keep yourself, thank God and pray for me”. I initially felt he was  insinuating that I was being self righteous but thinking about it he was indeed right. Four years ago, it would have ended in a big fight but now thinking about the fact that I also have sexual desires I wish I could satisfy, it only made sense that it was grace.

Guilty pleasures, this is what I have to say about it. I believe, now, that we do not have “normal” in Christ. I have come to conclude that God deals with each of us differently and that what is wrong or right for you is dependent on your purpose the Lord has predestined for you. I believe if you are a child of God with the holy spirit indwelling in you, he convicts you about what is right or wrong. If you stop being stubborn and listen you will hear him speak to you. I don’t think it was a taboo for anyone to shave the hair in the era of Sampson. It was not wrong but it was not right for him.

Joseph had to purpose in his heart that he won’t sin against God. Beyond that, he did not trust so much in his self, he fled. That is wisdom. That was a concious decision to choose God.

God over emotions, over desires, over everything. It’s a conscious decision to appropriate grace and walk in it seeking to please God always.

I have made a decision to choose God. I could satisfy my pleasures but I choose to please God first. I want to encourage you to do same too. It will be hard but grace abounds and it’s ever sufficient.

Guilty pleasures,  do  you have them too? How are you dealing with them. Leave a comment in the comment section and let’s talk.