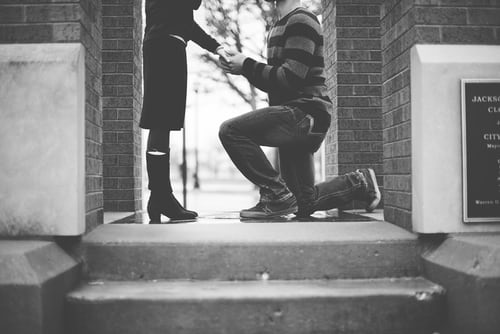 You were happy when she told you she was finally leaving him for good. You can’t fathom why she went back. You refuse to believe your friend could be so stupid not to recognize how abusive her relationship is, neither is she blind. Why does she stay in an abusive relationship?

He is the sweetest person she has ever met in her life. The only one who truly believed in her and treated her like a queen. Well, she was a queen except for the days he felt like making her the servant. It wasn’t his fault, he was a king and had to feed his ego. Who else would he lash out on? The first day, it was just shouting at her. The next day, it was insults that cut deep into the chambers of her heart. No, he never got to the stage that he lifted his hands, at least he hasn’t done it again since he became a changed man.

What do you do when the same person that makes you feel like the most loved human makes you feel like the most disgusting person. Today he hurts you, tomorrow he does everything that made you fall in love with him and adds toppings. He abuses her but it’s ok if it’s just emotionally, right? It’s better than a cheating or kickboxing partner, right?
Why does she stay? She stays because he gives her an illusion that it will get better and that one day his change for the good will be definite. She is holding on to hope that his goodness will swallow his wickedness. After all, no one will understand. Where are the bruises to show abuse? How can she destroy the image of a perfect being with her delusional self? No relationship is perfect, better days will come.

Being in an abusive relationship is the saddest reality ever. The fact that only the people you love have the power to affect you in that sense. The worst part of it all is the emotional abuse because it’s very silent. Sexual and physical abuse are in very close marking. The victims (male included) wish to be out of it more than you think but it’s not as easy as you think. The fear of what could happen if they decide to walk away. If they are brave enough to walk away, the fear of what people would say and the stigma is also mind-blowingly crippling.

Pray for them and love on them, that is truly all they need from you and all you can do for them. A miracle might happen.

If you find yourself in a relationship that is abusive in whatever form, I am very sorry. I hope I could say I understand but I don’t. I pray however that you find the courage to walk away. I can assure you that life will be better. It seems impossible but you can trust that it will be. You don’t have to die unhappy. Take your time, pray about it but don’t miss any opportunity to walk away. Once they are abusive, change is just an illusion. You deserve better, you know it. Do better but take your time and move only when you are ready.